Are Alzheimer’s and Dementia Related? 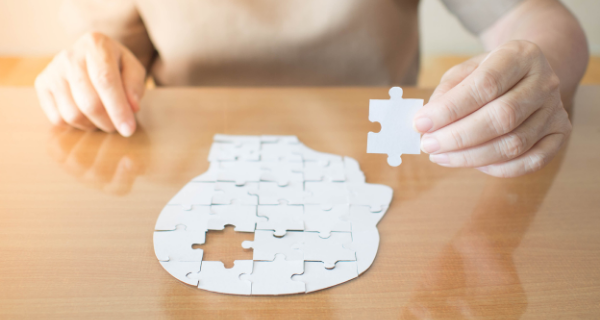 Due to the similarities in symptoms, it is common for individuals to use the terms dementia and Alzheimer’s disease interchangeably. However, they are not the same thing, and if you are caring for a loved one with Alzheimer’s or dementia, it’s helpful to understand some of the differences between the two.

Read on to learn more about the differences between Alzheimer’s disease and dementia and how they’re related.

Dementia is considered a syndrome, rather than a specific disease, and it is possible for individuals to have more than one type of dementia at the same time.

Types of dementia include:

It is a common misconception that dementia is a normal part of aging. While we may have more trouble learning or recalling information as we age, true dementia goes beyond simple forgetfulness.

Being over the age of 65 does increase your risk of developing dementia, but it isn’t the only risk factor. Other factors, such as family history and heavy alcohol use, can contribute to developing dementia. Some medical conditions like infections or side effects from medication may cause dementia-like symptoms, but can be reversed with treatment. Always talk to your doctor if you or a loved one are experiencing sudden dementia-like symptoms.

What is Alzheimer’s Disease?

Alzheimer’s is the most common form of dementia, accounting for 60% to 80% of all cases. It is a progressive disease caused by the changes in the brain due to cell damage.

Early symptoms may include difficulty remembering newly learned information, performing routine tasks, and finding the right word or name. Friends and family members usually notice the signs and symptoms before the individual with Alzheimer’s does. The disease progresses through three main stages:

Although its symptoms can be managed or sometimes improved, Alzheimer’s has no cure.

Are Dementia and Alzheimer’s the Same Thing?

For treatment purposes it is important to recognize that dementia and Alzheimer’s disease are similar, but separate medical conditions. While symptoms between the two may overlap, Alzheimer’s is a progressive form of dementia with no cure. Although it is the most common, Alzheimer’s is just one of several types of dementia.

Keep in mind that a single or isolated symptom, such as forgetting a word or an appointment, does not necessarily point to a cognitive problem. A continual pattern of such behavior should be investigated, since earlier treatment can lead to better quality of life. If you or a loved one are experiencing these symptoms, don’t wait to discuss with your doctor.

You can learn more about Alzheimer’s and other types of dementia in our guide, where you’ll find answers to common questions and more.