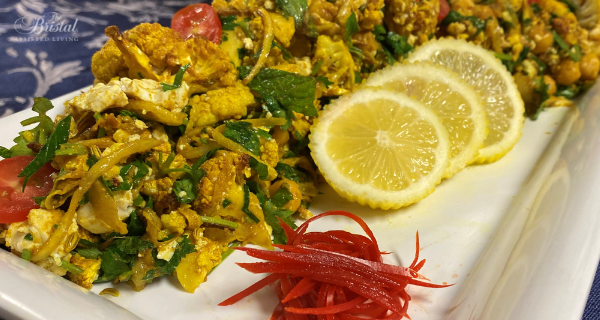 Nigel Hunter’s love affair with food began at an early age. Heavily influenced by his mother, he spent a lot of time in the kitchen learning and preparing simple dishes. His curiosity and passion for food stayed with him as he began working for local eateries – first a chain pizza shop, and then a small family-owned restaurant, Baker Square. It was the manager at Baker Square who noticed that Nigel plated dishes differently than the other servers – often adding flourishes to make the dish extra special. She encouraged Nigel to attend culinary school, which he did.

An externship at the end of culinary school turned into a seven-year career working for Clipper Cruise Lines. He then made the transition to working as a private chef, where he cooked for various celebrities, sports figures, and high-powered executives.

Seeking stability, as well as more manageable hours led Nigel to the American Yacht Club in Rye, New York. He originally interviewed for a position in the Yacht Club’s tea house, but was offered the sous chef position after the head chef observed him cooking. Working under the head chef, Nigel honed his skills further – learning modern cooking techniques including sous vide and molecular gastronomy.

A once in a lifetime opportunity to work for a Hollywood A-lister led Nigel back to being a private chef, where he stayed until his daughter was born in early 2018. The senior living industry drew his attention because of its similarity with the cruise industry. He explains with a chuckle, “It is pretty much the same thing… but I get to do this on land. No one gets seasick!”

He joined The Bristal family in 2021 as the Director of Food Service for White Plains. His approach is simple, “I am in the business of saying yes. As a private chef, you have to turn noes into yeses.” Recognizing that residents know what good food is, he makes it his mission to use his top tier culinary skills to deliver the very best at every meal.

The following recipe is one of Nigel’s favorites and is perfect for warmer weather. Enjoy!

Salt and pepper; as needed

Juice and zest of one lemon

Take spices and lightly toast in a pan until fragrant.

Add spices to oil and mix together; set aside.

Add oil mixture to cauliflower mixture and toss until all is coated.

Place on a baking sheet and roast for 30 minutes, rotate pan after 15 minutes.

While cauliflower is in oven pick the leaves of your herbs and roughly chop.

Using zester, zest your lemon into a small bowl. Then cut lemon in half and squeeze juice out into zest.

Pull cauliflower out of oven and let cool for 15 minutes; after cooling add herbs and lemon juice/zest; toss.

Plate up and enjoy!!

Other enhancements include but not limited to:

Five questions. Hundreds of different answers based on our chef’s awesome personalities. Enjoy!

Q. Ingredient you must have?
A. Diamond Kosher Salt

Chef’s table is an occasional series highlighting the talented chefs from The Bristal Assisted Living communities. This post features Nigel Hunter, Director of Food Service for The Bristal at White Plains.