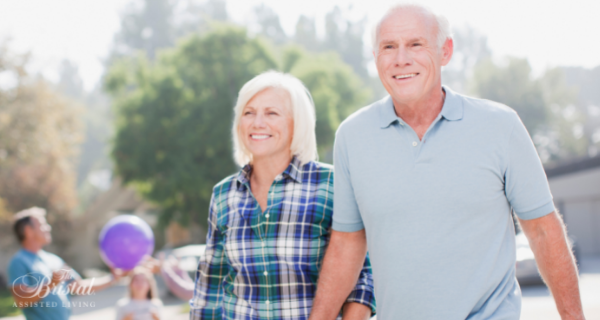 Categorized as a movement disorder, Parkinson’s is a neurogenerative disease that impacts the nervous system, causing difficulty with movement, balance, coordination, and speech. Symptoms appear gradually, and then worsen as the disease progresses. Men are at higher risk for developing Parkinson’s; however, the risk for women increases with age. Currently there is no cure, but treatment options, including medication and surgery can help patients manage their symptoms.

Learn more about Parkinson’s disease – from understanding the signs and symptoms to current treatment options in this blog.

Signs and Symptoms of Parkinson’s Disease

The exact cause of Parkinson’s is unknown, but scientists believe a combination of genetic and environmental factors may be involved. Parkinson’s appears to disrupt the production of two important chemicals in your brain – dopamine and norepinephrine. The nerve cells responsible for producing these key neurotransmitters are either damaged or destroyed by Parkinson’s disease. A drop in dopamine and norepinephrine levels leads to abnormal brain activity, which causes many of the symptoms patients typically experience.

While the symptoms of Parkinson’s vary, it usually affects one side of the body first before spreading. Early signs of the disease are mild – appearing gradually, then worsening over time.

When Parkinson’s is suspected, doctors will look for four specific movement-related symptoms – slowness of movement (bradykinesia), trouble with balance, tremors, and rigidity. The Parkinson’s Foundation lists the following additional symptoms on their website:

It is important to note that there isn’t a singular test to diagnose Parkinson’s disease. Instead, doctors – typically a neurologist trained in movement disorders – will rely on patient history and observation, as well as certain tests to make a diagnosis.

While there is no cure for Parkinson’s disease, there are treatments options available to help manage symptoms. Medication, surgery, and ancillary therapies combined with certain lifestyle changes can help individuals living with Parkinson’s maintain their quality of life for many years.

According to the National Institute on Aging, the drugs used to treat Parkinson’s include those that increase dopamine levels, as well as medications that help manage non-motor symptoms. Doctors will typically prescribe a mix of medications that are taken throughout the day, which can be challenging for some patients to manage.

Surgery may be recommended for individuals with advanced Parkinson’s disease, or for those who fail to respond to medication therapy. Deep brain stimulation (DBS) delivers electrical pulses via electrodes placed in a specific area of your brain. DBS has been shown beneficial in stabilizing medication fluctuations, and for improving motor-related symptoms like tremors, rigidity, and involuntary movements.

Individuals diagnosed with Parkinson’s may also be referred to certain specialists who can help them manage their symptoms. Physical therapy can be beneficial for improving mobility, strength, and balance, while reducing stiffness and muscle weakness. A speech-language pathologist can address speech and swallowing difficulties, and teach various skills aimed at improving communication. Lifestyle changes, including exercise and diet modifications, may also be recommended.

From food swaps for a healthier diet to importance of staying hydrated, our blog is full of tips for living your best life. Explore all our articles on the blog here.