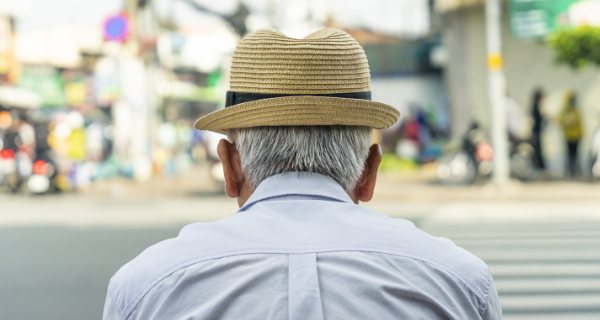 If you have a family member who has been diagnosed with Alzheimer’s disease, you may be wondering:

Genes can play a role in the development of Alzheimer’s disease. In most cases, however, having a family member with Alzheimer’s doesn’t necessarily mean you’ll inherit the disease. Similarly, having no relatives with the disease does not guarantee you won’t develop it.

Someone who inherits this gene from one or both parents has an increased risk of Alzheimer’s. These genes may be detected with a blood test, but they cannot predict who will or will not develop Alzheimer’s disease.

The Alzheimer’s Association reports that deterministic genes are responsible for less than one percent of Alzheimer’s cases overall, and worldwide, have been found in only a few hundred extended families. These genes, too, can be identified through blood tests.

Your chances of developing Alzheimer’s are higher if you have an immediate family member with the disease. The risk grows according to the number of family members with Alzheimer’s.

In other words, the higher the number, the greater the risk. The Alzheimer’s Association points out that while a high family incidence may be caused by genetics, environmental factors or a combination of both can also be to blame.

Other Factors That Affect Your Alzheimer’s Risk

As with family history, there may be more than genetics at work in cases of Alzheimer’s that develop after age 65. According to the National Institute on Aging (NIA), later-onset Alzheimer’s is likely caused by a combination of genetic, environmental, and lifestyle factors.

Even as more research is completed, scientists don’t expect they’ll ever answer the question, “Is Alzheimer’s hereditary?” with a simple yes or no. Many other factors may play a role.

How to Reduce Your Risk for Alzheimer’s

There are certain risk factors contributing to the development of Alzheimer’s that are beyond your control. Age, considered the most significant, is a good example: The risk of Alzheimer’s disease grows dramatically the older we get.
There are, however, several risk factors you can control that may reduce your odds of developing or help to postpone the onset of Alzheimer’s:

Finally, remember the importance of early detection. If you notice signs of possible memory loss in yourself or in a loved one, consult a physician.

Scientists are working on developing strategies for earlier diagnosis, such as simple blood tests, that are designed to more quickly identify Alzheimer’s disease, dementia, and mild cognitive impairment. The earlier these conditions are diagnosed, the more options you may have for treatment that can help prolong your independence and cognitive health.

Related: Are Alzheimer’s and dementia related? >>

More Resources on Dementia and Alzheimer’s

If you’re caring for someone with Alzheimer’s or another form of dementia, we have the resources to help answer your questions. Read more about related topics like how to find the right memory care community, essential questions caregivers should be asking doctors, and tips for defusing aggressive behavior in people with dementia or Alzheimer’s.