Top Places to View Fall Foliage in the Northeast 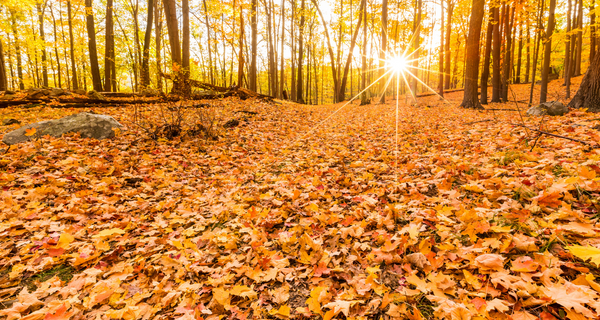 From late September through the end of October, thousands of individuals head outdoors — traveling back country roads or visiting local hiking trails – to catch a glimpse of nature’s fireworks. From bright yellows and crisp oranges to deep reds and soft golds – the changing leaves signal the approach of winter with a flourish.

For those who live in the northeast, there is an abundance of locations close to New York City that offer stellar views. Whether you are looking for a day trip or only have a few hours to spend, here are a few of the top spots to view fall foliage in the northeast. 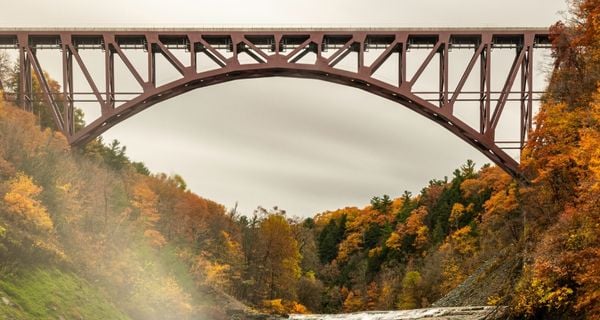 Situated on the western outskirts of the Finger Lakes region of New York, Letchworth State Park is one of the most scenic parks on the east coast. The Genesee River runs through the park – creating a gorge that has earned Letchworth the nickname “The Grand Canyon of the East.”

If the gorge and river aren’t enough to entice you, the park also boasts numerous waterfalls, including the scenic Upper Falls, Middle Falls, and Lower Falls. A dense forest of maple, hickory, hemlock, and beech blankets both sides of the gorge and offers leaf-peepers breathtaking views during the fall.

Letchworth State Park Road is a 19.5-mile road that winds through the western side of the park. Points of interest include Mount Morris Dam, located at the park's northern end. The park's southern end offers the most views – visitors will find numerous waterfalls, the Great Bend Overlook, and the picturesque Portageville trestle bridge. 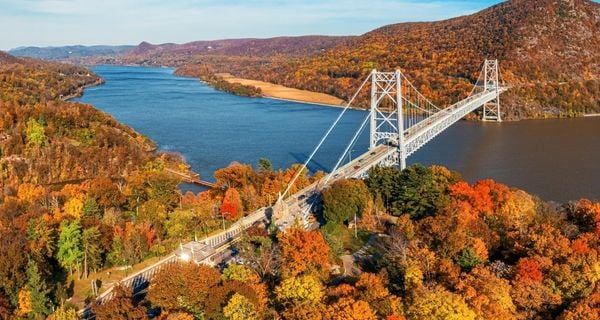 Located just across the Hudson River, Bear Mountain State Park draws leaf-peepers from New York City, Long Island, and northern New Jersey. Part of the Hudson Highlands, Bear Mountain owes its name not to the black bears that roam the area, but because the mountain’s profile looks like a bear napping.

The park offers plenty of scenic views year-round, but is absolutely magical during the fall. Framed by Bear Mountain on its eastern side, Hessian Lake is an idyllic spot for a picnic lunch. If you want to stretch your legs, there is a two-mile trail that goes around the lake that is relatively flat. Spanning the Hudson River, Bear Mountain Bridge is open to both auto and pedestrian traffic and is a must-see during autumn. 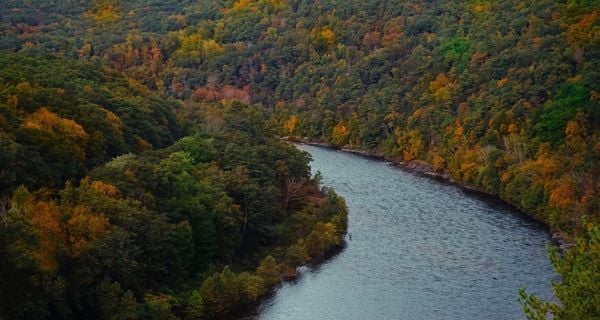 Situated between Pennsylvania’s Pocono Mountains and New York’s Catskill Mountains, the Upper Delaware Scenic Byway hugs the coast of the Delaware River. The southern end of the byway begins in Port Jervis, New York, about 90 minutes outside of the city, and ends in the Village of Hancock, New York. Seventy miles in length, the byway can be a good choice for leaf-peepers searching for a relaxing day trip.

The Upper Delaware Scenic Byway travels through more than a dozen small towns with beautiful architecture and quaint downtown areas. Scenic sites on the byway include the Hawk’s Nest and Roebling’s Delaware Aqueduct. Located in Sparrow’s Bush outside of Port Jervis, the Hawk’s Nest is one of the most scenic sections of the byway, offering travelers a stunning view of the Delaware River. The oldest suspension bridge in New York, Roebling’s Delaware Aqueduct connects the Delaware River and the Hudson Canal. It is open to foot traffic, making it a great place to stop and stretch your legs before continuing your trip. 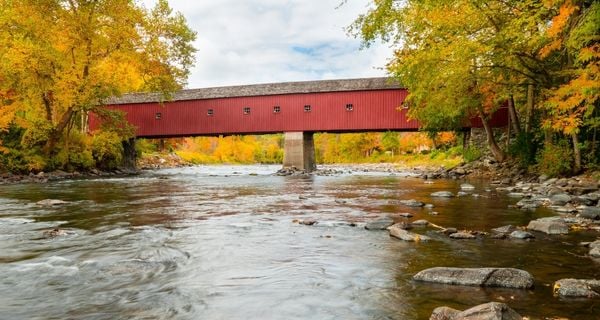 Tucked away in the northwestern corner of Connecticut, the Litchfield Hills region includes several charming New England towns – Kent, New Milford, and Litchfield. Bordered by the Housatonic River and New York State to the west, the area is full of rolling hills and charming downtown areas. Heavily wooded, it should be on your list to visit during the fall.

Route 7 winds through the Litchfield Hills area and hugs the Housatonic River – making it a popular choice with leaf-peepers. There are plenty of points of interest in the area, including Kent Falls State Park and Iron Mountain Preserve. Kent Falls State Park boasts two waterfalls and a historic covered bridge. Birdwatchers should consider stopping at Iron Mountain Preserve, home to 27 different bird species. The preserve also offers a short but easy-to-navigate hike if you feel the need to stretch your legs while watching for wildlife.

Sandwiched between Boston and New York City, The Last Green Valley has been designated a National Heritage Corridor. Spanning 35 towns in eastern Connecticut and south central Massachusetts, a majority of the land is either forests or farms. It is also the last area of dark nighttime sky between Boston and Washington, D.C., making it a wonderful place for stargazing.

Starting in Norwich, Connecticut, Route 169 travels the length of The Last Green Valley. You’ll pass through numerous small towns as you wind your way through the countryside. Although not on Route 169, Pachaug State Forest is worth a side trip. The largest state park in Connecticut, it offers a variety of hiking trails with breathtaking views.

Located in the southeastern part of Connecticut, the Mystic Country region includes Mystic, Putnam, Mashantucket, and Uncasville. A seafaring village founded in the mid-1600s, Mystic has a vibrant downtown area with plenty of great shopping and dining venues. A river cruise can be a fun and unique way to view the fall foliage – there are plenty of tours available at Mystic Harbor.
To extend your leaf-peeping session, the Connecticut Board of Tourism recommends a 90-mile loop that begins in New London, and passes through Mystic before continuing to Canterbury and Norwich. While not as rural as the other regions mentioned, there’s still plenty of foliage to view.

Tucked away in the northwestern corner of New Jersey, High Point State Park offers stunning views of three states. Take the stairs to the top of the High Point Monument – the highest point in New Jersey – and you’ll see the Pocono Mountains, Catskills Mountains, and the Wallkill River Valley. If you’re not a fan of stairs (or heights!), no worries – the views from the parking lot are wonderful too!

The park also offers a network of trails, including a portion of the Appalachian Trail. The White Cedar Swamp Trail and the Sawmill Lake Trail are two of the easiest trails in the park that are lovely during the fall. 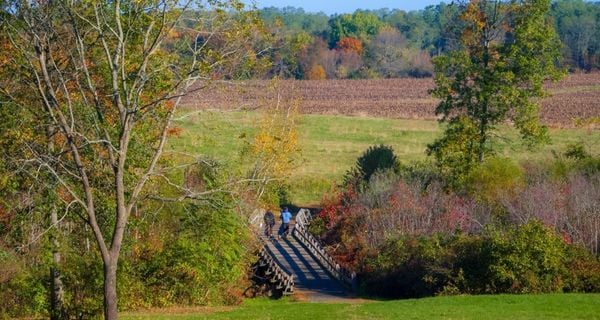 Located in Manalapan, New Jersey, Monmouth Battlefield State Park gives visitors the chance to mix history with leisure. The site of one of the largest battles of the Revolutionary War, Monmouth Battlefield State Park is like taking a step back in time. From the working farm to the restored battlefield to the numerous nature trails, there’s something for history buffs and nature lovers alike.

The park offers 25 miles of paved roads and densely wooded trails for exploring. More active adventurers will appreciate the options for horseback riding, cycling, and mountain biking. Finish your trip with a visit to the park’s pick-your-own orchard or the restored Revolutionary War farmhouse.

A jewel of central New Jersey, the D&R Canal State Park is over 70 miles in length. Used to transport goods from New York City to Philadelphia, the canal opened in 1834. Teams of mules used the path next to the canal to tow the boats until steam-powered engines were invented.

Named a National Recreational trail in the early 1990s, the park is also part of the East Coast Greenway – a recreational path that runs from Maine to Florida. Leaf-peepers can enjoy the changing leaves by walking or riding along the towpath. The canal is also open for visitors using canoes, kayaks, and standup paddleboards.

Are you interested in planning more things to do in the fall? Explore this blog detailing fall in the Finger Lakes, or find other travel tips in our blog.